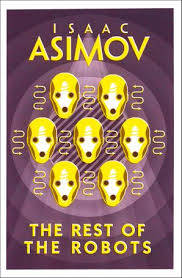 The Rest of the Robots

The Rest of the Robots

Cliquez ici pour le commander
Isaac Asimov's ROBOT series - from the iconic collection I, Robot to four classic novels - contains some of the most influential works in the history of science fiction. Establishing and testing the Three Laws of Robotics, they continue to shape the understanding and design of artificial intelligence to this day. How could robots be used in a time of war? Could a robot be raised like a child? Could we allow them to have children of their own? Is there any human profession that could never be performed by a robotic replacement? In The Rest of the Robots, robopsychologist Dr.